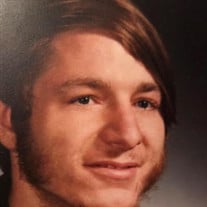 Charles Lawrence Biegel January 13, 1960 – November 24, 2021 Charles Lawrence Biegel, age 61 years, of Coeymans, N.Y., passed away peacefully after a long illness on November 24, 2021. Charles was born on January 13, 1960, and is the son of the late William and Nora Biegel. Besides his parents, Charles is predeceased by his brother Reid. During Charles’ lifetime, he was employed in numerous manufacturing capacities. Charles loved life - always finding joy in life’s simple pleasures, and he especially enjoyed nature. Charles attended Coxsackie-Athens School, and he had perfect attendance in the schools that he attended. Charles was an avid guitar player - he loved music, especially John Denver, The Moody Blues and The Beatles. He was a very intelligent person who believed in integrity and goodness. Charles is survived by his remaining siblings, Bill Biegel of Schenectady, N.Y., Wayne Biegel and his wife Maureen of Athens, N.Y., Glen Biegel of Earlton N.Y,, Kevin Biegel and his wife Laura of Coeymans, N.Y., and Craig Biegel and his wife Amy of Earlton, N.Y., Darin Biegel and his wife Micha of Georgia, Tawn Paxton and her husband Dennis of Texas City, Texas and Kristin Anspacher and her husband Mark of Albany, N.Y. He is also survived by aunts, and numerous nieces and nephews. Relatives and friends are cordially invited to attend memorial services at The W. C. Brady’s Sons, Inc. Funeral Home, 97 Mansion Street, Coxsackie, N.Y. on Friday, December 10, 2021, from 4:00 P.M. – 6:00 P.M. Charles had a very loving heart and will be sorely missed by everyone. Condolences may be made at www.wcbradyssonsinc.net.

The family of Charles Lawrence Biegel created this Life Tributes page to make it easy to share your memories.

Send flowers to the Biegel family.