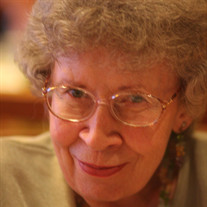 Dorothy E. Chadderdon, age 82 years, passed away on February 7, 2017. Dorothy was born on May 14, 1934 to the late Lucille and Laureson LaPorte, in Mount Vernon, N.Y. and lived there until moving to Granite Springs, N.Y. Upon graduation from Somers Central School she attended New Paltz State Teacher’s College. After receiving her degree in Elementary Education, she taught second grade in Buchanan until her marriage in 1965 to Joseph Chadderdon after which she moved to Acra and began teaching second and then third grade at Cairo Central School, which later became Cairo-Durham Elementary, until her retirement in 1992. Dorothy and her husband enjoyed cruising and traveling to all parts of the world and were fortunate enough to see all seven continents. When at home she was active in the Monday Council Club of Cairo and was a member of the Greene County Retired Teacher’s Association, as well as the New York State Teacher’s Association. Dorothy attended Calvary Episcopal Church in Cairo. Her interests also included working with a group of miniaturists, doing needlework, reading, and crossword puzzles as well as gardening in earlier times. Since retirement, she took part in the “Babes in Bookland” program at the Cairo Public Library and continued to enjoy working with children. Dorothy was predeceased by her loving husband, Joseph, and her brother C. Robert LaPorte, Arizona. She is survived by her two children of whom she was very proud: Laurie Lapan (husband Dan)of Columbia Falls, MT and Nelson Chadderdon (wife Fay) of Hamilton ,MA; also her sister in law Sarah, niece Karen and family, nephew John and family, and numerous cousins. Relatives and friends are cordially invited to attend calling hours at Richards Funeral Home, 29 Bross Street, Cairo, on Thursday, February 16, 2017 from 4:00P.M. - 7:00P.M. Funeral services will take place on Friday, February 17, 2017, at 10:00 A.M. at the funeral home. Interment will take place in the family plot of The Acra Cemetery, Acra, N.Y. in the springtime. Condolences may be made at www.richardsfuneralhomeinc.net.

Dorothy E. Chadderdon, age 82 years, passed away on February 7, 2017. Dorothy was born on May 14, 1934 to the late Lucille and Laureson LaPorte, in Mount Vernon, N.Y. and lived there until moving to Granite Springs, N.Y. Upon graduation from... View Obituary & Service Information

The family of Mrs. Dorothy E. Chadderdon created this Life Tributes page to make it easy to share your memories.

Send flowers to the Chadderdon family.