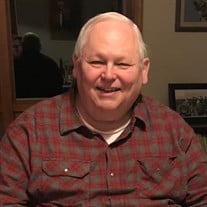 Dr. Edward S. Dalland Jr. passed away peacefully on May 15, 2022. He was the loving and beloved husband of Lynette (née Herweck), and they were married for 52 years. Ed was born in Brooklyn on July 6, 1942, and was predeceased by parents Edward and Ruth (née Lian). He was predeceased by sisters Carolyn Johnsen and Geraldine Vastano; and is survived by sisters Diana Cacciola and Julie Vastano. Ed was the loving and beloved father/father-in-law of Barbara and Shawn Turner; Eric and Karen (née Durgee); Michael and Jamisen (née Reynolds); Joanna and Kevin Loutherback. He was also the loving and beloved grandfather of Abigail and Emmaline (Eric and Karen’s children); and Sophie and Alexander (Michael and Jamisen’s children). He is survived by many nieces and nephews and countless friends. Ed graduated from the Agricultural Annex of Newtown High School and spent his summers working as a farm cadet at Fred Hinrichsen’s dairy farm in Coxsackie. That is where his love of Coxsackie was born. He earned an Associate degree in Animal Science from State University Agricultural and Technical Institute at Farmingdale, NY before transferring to Cornell University where he earned his Doctor of Veterinary Medicine degree in 1968. Following his graduation, Ed worked at Fort Plain Animal Hospital, and married Lynette in 1969 before moving to Long Island. There, they had 2 children, Barbara and Eric, while Ed owned and operated Farmingville Animal Hospital until 1981. He and his family then moved to Coxsackie, where he and Lynette had 2 more children, Michael and Joanna, and he and his father-in-law (Fred Herweck) together designed and built their own homes. Over the years, Ed organized and assisted in setting up four different animal emergency clinics in various locations, and was the proud owner of Capitaland Animal Hospital in Latham in later years. His love for Coxsackie was well documented as he was passionate in keeping it a beautiful place in which to live and raise a family. To that end, he spent countless hours as the President of Citizens Against the Burn Plant and participated with other groups to preserve the natural beauty of the town, and, as the Chairman of the Town Planning Board, successfully implemented zoning in order for the town to develop and grow in an environmentally friendly manner. Calling hours are Sunday, May 22, 2022, from 12:30 to 2:30 PM followed by a service at 2:30 PM at The W. C. Brady’s Sons, Inc. Funeral Home, 97 Mansion Street, Coxsackie, NY 12051. Condolences may be made at www.wcbradyssonsinc.net. In lieu of flowers, please plant a tree/shrub in Ed’s memory.

Dr. Edward S. Dalland Jr. passed away peacefully on May 15, 2022. He was the loving and beloved husband of Lynette (née Herweck), and they were married for 52 years. Ed was born in Brooklyn on July 6, 1942, and was predeceased by parents Edward... View Obituary & Service Information

The family of Dr. Edward S. Dalland Jr. created this Life Tributes page to make it easy to share your memories.

Send flowers to the Dalland family.