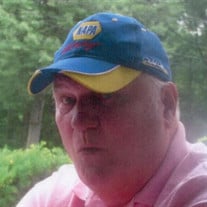 Eugene A. Verdon, Sr. (Gene, Gino, Poppy, Pop, Pop-Pop) 82, a native New Yorker and current resident of Palenville, New York passed away on March 27, 2015 after a multi-year battle with Chronic Obstructive Pulmonary disorder (COPD) Known as Gino by his friends until his early 30's , he was the eighth of ten children born to the late Arthur E. Verdon and Anna Griffin on December 9, 1932 in the Bronx, New York. Nearly nine years later this date would be proceeded by " A Date Which Will Live in Infamy: and a unique memory of the circumstances when he first heard this news . It is a story (Pop had a few) that involved his first taste of Pasta Fazool, an ornery Italian grandmother, and childhood friend Danny Aiello. Gene had a love for family, sports, anything new, career, poker, swimming, Orange Ball, large bags of fifties and anything that would get him away from his wife. He married the former Sophie Paccione on January 3, 1953 and was married nearly 60 years before Sophie's passing. Eugene is the loving father of three boys;Kenneth, Michael, and Eugene Jr., nine grandchildren,and six great grandchildren. He was heartbreakingly proceeded in death by two grandchildren Anthony Ryan Verdon in 2003 (age 18) and Eugene A. Verdon III (Gino) in 2012 (age 22) and his eldest son, Kenneth A. Verdon in 2013 (age 59). He is also survived by two brothers, Raymond of Barnegat and Arthur of Myrtle Beach, SC. He was begrudgingly fond of his one pet Winnie, a wayward bread black lab. As many in his generation Gene left school early in childhood for work and found his calling as a Relocation Engineer for the 7 Santini Brothers (on Jerome Ave in The Bronx) until his retirement and relocation to Horseheads NY in 1993. For more than a decade he was Santini's number one man on their union List and company foreman. His experiences at Santini contributed greatly to his personality as he seemed to have been everyplace and knew everyone in NYC. As a lifelong New Yorker and 60 year resident of The City, Pop was an avid and often rabid New York Yankees and New York Giants fan. During his retirement, Eugene traveled extensively visiting family in Japan, Taiwan, Indonesia, and China. In his later years he took great pleasure taking all the playing money form every poker player he met in China. He also volunteered as a assistant coach for his grandchildren's baseball and football teams. He took special pride as the catching coach for the 2003 Painted Post Little League 9/10 All-Star team. A memorial service celebrating Gene's life will be held on Thursday April 2, 2015 at Richards Funeral Home, 29 Bross Street, Cairo, NY between 2:00 PM and 4:00 PM and 6:00 PM and 8:00 PM. On account of the Good Friday holiday, a religious service will be held also at Richards Funeral Home on Friday, April 2, 2015 at 10:30 AM followed by a Catholic burial at the family plot , Town of Catskill Cemetery. A gathering will follow at the family compound in Palenville followed by one of his favorite lines, a setting of all family business. In lieu of flowers, donations may be made to the Joe Torre Safe at Home Foundation. Donations can be made directly to the Hall of Famer's foundation (http://www.joetorrre.org/) or coordinated through Zachary Verdon, Gene's grandson.

The family of Mr. Eugene A. Verdon Sr. created this Life Tributes page to make it easy to share your memories.

Send flowers to the Verdon family.