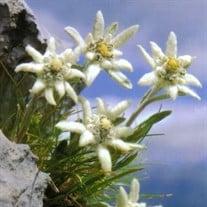 Franz Alois Tomasch, age 93 years, of Round Top, N.Y. passed away on April 10, 2022. He was born on April 11, 1928 in Dobischwald , Czechoslovakia, and is the son of the late Franz and Anna (Blashke) Tomasch. Besides his parents, Franz is predeceased by his wife Lisi, his son Franzie and his daughter Thea., sister Anna, half-brothers Ernst and Herbert. Survivors include his fiancée Linda Mascari, sons Roy and Gordon, daughter Michaela, sister Gerda, several grandchildren and great grandchildren, and many nieces, nephews. Franz, at the age of ten joined the Jungvolk (Hitler Youth) for 4 years then transferred to the Flieger HJ (glider flying school). And at the age of 16 was drafted to Anti AirCraft 88 Guns. He was on the Optic Commando Unit to transfer the information to the gunners. They had to protect the gasoline foundry LEUNA from American Bombers. May 8,1945 the war ended and he was imprisoned near Salzburg Austria; 4 weeks later transferred to Bad Aibling German and at age 17 received discharge papers on June 24, 1945. His family was evacuated from Czech Rep and with the help of Red Cross found them in Binswangen Germany. He worked on his family farm until he found a job in Augsburg Germany as a machinist for 12 years. In 1952 he married Lisi and his children Thea, Franzi and Michaela were born. Dec 4th 1959 he came to America and through his brother-in-law on Dec 11, 1959 landed a job with Pitney Bowes in Stamford Ct. His wife and children joined him. His sons Roy and Gordon were born in America. Franz worked 25 years and as a Master Model Maker retired moving to Windham, NY. He was bartender at Riedlbauer’s Resort in Round Top for 20 years, and while there he made a lot of new friendships. His younger years were active, flying a glider, riding a motorcycle, skiing, skier spotter during contests at Windham Mountain Ski Resort, NY His hobbies and talents were with wood crafts creating beautiful carvings including his specialties of Edelweiss, Enzian, Dutch boy and girl lawn ornaments and windmill just to mention a few. Franz loved going camping with his children, travelling, playing canasta, singing, dancing and above all sharing his laughter. He will be Cherished and in Our Hearts. Memorial services will be held at The Resurrection Lutheran Church, 186 Main Street, Cairo, N.Y. 12413, on April 20th 2022, at 10:00 A.M. Funeral arrangements are under the direction of Richards Funeral Home, 29 Bross Street, Cairo, N.Y. 12413. Condolences may be made at www.richardsfuneralhomeinc.net.

Franz Alois Tomasch, age 93 years, of Round Top, N.Y. passed away on April 10, 2022. He was born on April 11, 1928 in Dobischwald , Czechoslovakia, and is the son of the late Franz and Anna (Blashke) Tomasch. Besides his parents, Franz is... View Obituary & Service Information

The family of Franz Alois Tomasch created this Life Tributes page to make it easy to share your memories.

Send flowers to the Tomasch family.