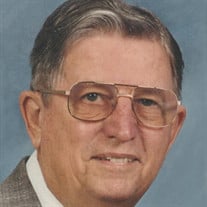 Grover S. Roberts, age 95 years, lifelong resident of Coxsackie, N.Y. passed away on June 6, 2022, at his home. He was born on August 14, 1926, in Coxsackie, N.Y., and is the son of the late Grover C. and Nellie (Cheeseman) Roberts. He is also predeceased by his loving wife of 60 years Agnes H. Roberts, his daughter in law Mary Jo (Smith) Roberts, his sister Jane (Merrill) Lampman and his brother Kenneth (Ginny). Survivors include his son James Roberts of Methuen MA, his daughter Colleen (Donald) Schoonbeck of Glenville, NY, his beloved grandchildren Nicole and Patrick Roberts and Shawn and Kelly Schoonbeck and several nieces and nephews. Grover graduated from Coxsackie High School in 1944. He served his country in the United States Navy Seabees for two years near the end of WWII. Upon discharge in the Summer of 1946, Grover took a position at the D&H Railroad, where he worked until retiring in 1988. During this employment, he attended night classes at Albany Business College to learn the COBOL and FORTRAN computer programming languages so he could advance to a computer programmer position. He also worked as a part time mail carrier for the Coxsackie Post Office for approximately 15 years, filling in on Saturdays and during vacation days from the D&H. He was completely devoted to his family and lived his life for them. He loved spending simple quiet family time on his front porch or in the backyard screenhouse. During retirement, he and Agnes enjoyed taking many trips with life-long friends as part of the Coxsackie Senior Citizens. Relatives and friends are cordially invited to attend calling hours at the W.C. Brady’s Sons, Inc. Funeral Home, 97 Mansion Street, Coxsackie, N.Y., 12051, on Tuesday, June 14, 2022 from 5:00 P.M. – 7:00 P.M. Funeral services will be held on Wednesday, June 15, 2022, at 10:00 A.M. at the funeral home. Interment will follow in the family plot of The St. Mary’s Parish Cemetery, Coxsackie, N.Y. with U.S. Navy Honors. Condolences may be made at www.wcbradyssonsinc.net.

The family of Grover S. Roberts created this Life Tributes page to make it easy to share your memories.

Send flowers to the Roberts family.