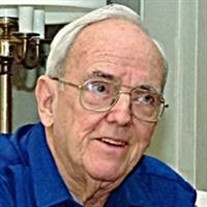 James C. Steenbergh, 92, of Athens, NY, passed away on May 16, 2020, at St. Peter’s Hospice Inn, Albany, NY. Born January 3rd, 1928, in South Bend, IN James was the son of the late Marvin and Mildred (Yendell) Steenbergh. In addition to his parents, James is predeceased by his sister Doris Miller who resided in Pensacola, Florida. James married his loving wife of 59 years, Joan (Murphy) Steenbergh, on November 26, 1960. During his lifetime, James served his country honorably in both The US Army (WWII) and The US Air Force (Korean War). During his service he was awarded the WWII Victory Medal and the Army of Occupation Medal James graduated from Albany Law School, Class of 1952. He moved to Athens, NY in 1956 where he practiced law in Greene County for more than 50 years with his partner Ed Cloke at their firm “Steenbergh & Cloke Law Firm”. James also served as Asst. District Attorney from 1959-1965. He was appointed District Attorney of Greene County by Gov. Nelson Rockefeller on May 7, 1965, and served as DA until 1981, being reelected five times. He served as counsel to the Greene County Commissioner of Social Services after his time as District Attorney and was also the Town of Athens Attorney for many years. Survivors in addition to his wife Joan include their children Bill Steenbergh, his wife Beth and their children Ryan, Joseph, and Matthew all of Hyde Park, NY, Bobby Steenbergh his wife Danielle and their children Nick, Shae, and Zack all of Windermere, FL, and Peggy Santi, her husband Mark and their children Isabelle and Calvin all of Lone Tree, CO. Also survived by his sister Midge McGraw of Hockessin DE. Due to the current social distancing regulations services will be held privately for the immediate family at Richards Funeral Home, Athens, NY. Interment with full military honors will take place in the family plot of The Catskill Town Cemetery on Friday, May 22nd, 2020 at 1pm. Donations in lieu of flowers may be made to The Coxsackie-Athens Little League, P.O. Box 93, Athens, N.Y. 12015. Condolences may be made at www.richardsfuneralhomeinc.net.

The family of James C. Steenbergh created this Life Tributes page to make it easy to share your memories.

Send flowers to the Steenbergh family.