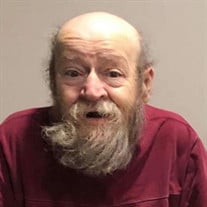 On Monday, April 13, 2020, John Cassidy, loving husband and father of three children, passed away at age 78. John was born on June 22, 1941 in Haverstraw, NY to Joseph and Mary (Cassidy) Schreiber. He was one of ten children that grew up in Baldwin, NY. He graduated from Baldwin Senior High School. He then joined the United States Army (service 1963-1965), he was a Private First Class, a part of The Seventh Army, where he was stationed in Stuttgart, Germany. After the Army, John came back to Baldwin, NY where he met Claire and they married to start their lives together. Together they ran the family owned business, The Cosmopolitan Bar, in Oceanside, NY before he moved onto working for the Freeport School District, where he was the Assistant Foreman (r. 2003). John is survived by his wife Claire of 52 years, daughters Kelly Cassidy-Dunn, Jessica (Stephen) Cassidy-Boyle, Maureen Cassidy, grandson Michael Cassidy (Fiancé Kayla Sieburg), granddaughters Erin Dunn and Emma Cassidy, many nieces and nephews and extended family. John was a loving husband, father, grandfather and friend to everyone. He was preceded in death by his father and mother, Joseph and Mary, and his siblings, and his son-in-law James Dunn. John was an avid fisherman and hunter. He spent most of his free time out on the water or somewhere out in the woods, up in a tree-stand - where more than likely he was asleep instead of hunting. Besides his love for the outdoors, he enjoyed doing home improvement projects. He was known for always having a joke ready to lighten the mood in any situation. Due to the social distancing restrictions at this time the family will not be holding any services. At a later date the family will be putting something together to celebrate the life of John. Funeral arrangements are under the direction of Richards Funeral Home, 29 Bross Street, Cairo, New York 12413. Condolences may be made at www.richardsfuneralhomeinc.net.

On Monday, April 13, 2020, John Cassidy, loving husband and father of three children, passed away at age 78. John was born on June 22, 1941 in Haverstraw, NY to Joseph and Mary (Cassidy) Schreiber. He was one of ten children that grew up... View Obituary & Service Information

The family of John Cassidy created this Life Tributes page to make it easy to share your memories.

Send flowers to the Cassidy family.