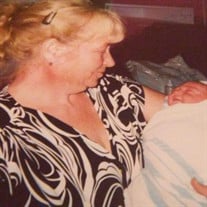 Josephine A. Maurer, age 70 years, of Troy, N.Y. passed away on June 1, 2022, at Samaritan Hospital, Troy, N.Y. She was born on July 28, 1951, in Albany, N.Y. and is the daughter of the late Frederick and Lucy May (Bell) Goodspeed. Besides her parents, Josephine is predeceased by her loving husband Ernest Maurer Jr. who predeceased her in 1999, her sister Barbara Ross, and her two brothers Frederick Goodspeed and Richard LaMere. Survivors include her daughter Victoria Maurer of Coxsackie, New York, her son Ernest A. Maurer III of Amsterdam, New York, her sister Vonnie Novick and her brother Stephen Goodspeed, five grandchildren and six great grandchildren, and several nieces and nephews, whom Josephine adored. During her lifetime, Josephine was employed in the medical field as a C.N.A., in Catskill, N.Y. Services for Josephine took place earlier this week, and were kept private due to the pandemic, and were at the convenience of the family. Interment took place at the family plot of The Riverside Cemetery, Coxsackie, New York. Funeral arrangements are under the direction of The W. C. Brady’s Sons, Inc., Funeral Home, 97 Mansion Street, Coxsackie, N.Y. 12051. Condolences may be made at www.wcbradyssonsinc.net.

The family of Josephine A. Maurer created this Life Tributes page to make it easy to share your memories.

Send flowers to the Maurer family.