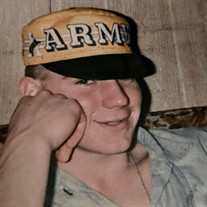 Kristin Paul “Kris” O’Connor, age 47 years formerly of Cairo, N.Y. presently residing in Pearce, Arizona, passed away suddenly on September 29, 2019. Kristin was born on September 24, 1972 and was the son of the late Judith “Judy” McKenna O’Connor who passed away in 2011, and Joseph O’Connor, Sr. of Florida. Besides his father, survivors include his loving, long term partner Colleen Hara, sister Terry Lynn Mauriello (Dan Callihan), his brothers Robert O’Connor (Deb) and Joseph O’Connor, Jr. (Kari), and his sister Karlee Callahan (James). He is also survived by many aunts, uncles, cousins, nephews and nieces. Kristin proudly served his country in The U.S. Army, serving his country bravely during Operation Desert Storm. He also served his community as a registered nurse. Kris enjoyed ham radios, hiking and spelunking. He also loved animals having dogs, cats, and chickens, even having a ram at one time. Kris, being a very intelligent man, was also a computer whiz with great mechanical skills. He was a very intelligent and passionate man. At Kris’ request, there will be no services. Donations in Kris' memory may be made to the Wounded Warrior Project, P.O. Box 758516, Topeka, Kansas, 66675-8516. Messages of condolences may be expressed at www.richardsfuneralhomeinc.net.

The family of Kristin P. O'Connor created this Life Tributes page to make it easy to share your memories.

Send flowers to the O'Connor family.