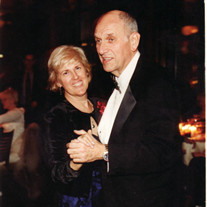 Dr. Mario P. Cometti died on October 8, 2021 in Largo, Florida of complications from a breakthrough case of Covid-19, after a stroke weakened and made him vulnerable. He was 85 years old and was surrounded by family at the time of his passing. Mario was born April 21, 1936 in Brooklyn, New York, the only child of Italian immigrant parents Mario, a chef and Inez, a dressmaker. He attended Fordham University and moved to Italy in the late 1950s to attend medical school at the University of Bologna. It was there, on a blind date, that he met Josephine (Josie) Faija. He asked her to marry him at the start of their second date - their union would last more than 56 years. After obtaining his medical degree, Mario and Josie returned to the U.S. and started a family. He interned at a hospital in New York City, before being drafted into the US Air Force in the mid-1960s. He was commissioned as a Captain, serving at Laredo Air Force Base in Texas, completing his service in 1968. He opened his own private practice as a pediatrician in the Catskill and Hudson areas in upstate New York. In his later years, he traveled across America, working in a variety of locations underserved by the medical community, including several Native American reservations. He retired in Florida, living in St Augustine before relocating to Largo. He was honest to his core, strong in his faith and always put his family first. He worked hard, laughed and lived with gusto and danced as if nobody was watching. Dr. Cometti was preceded in death by his wife, Josie and son David and is survived by children, Barbara, Mario, Billy, Steven and Kurt, as well as grandchildren Christopher, David, Isabella, Grace, Pepper and Adeline. Graveside services, including a celebration of Josie and Mario’s lives and United States Air Force Military Honors for Dr. Cometti will be held on Saturday, November 13, 2021, at 10:30 A.M. at the family plot of The St. Patrick’s Cemetery, in Jefferson Heights, Catskill, New York. Funeral arrangements are under the direction of Richards Funeral Home, 29 Bross Street, Cairo, New York. Condolences may be made at www.richardsfuneralhomeinc.net.

Dr. Mario P. Cometti died on October 8, 2021 in Largo, Florida of complications from a breakthrough case of Covid-19, after a stroke weakened and made him vulnerable. He was 85 years old and was surrounded by family at the time of his passing.... View Obituary & Service Information

The family of Dr. Mario P. Cometti created this Life Tributes page to make it easy to share your memories.

Send flowers to the Cometti family.