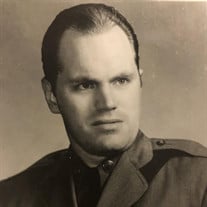 Robert Christian Petersen, age 78 years, an area resident of Cairo, N.Y. for many years, presently a resident of The Pines at Catskill, N.Y. for the last ten months was called to his Heavenly Home on November 22, 2021. Bob was born on March 1, 1943, in Brooklyn, N.Y. Besides his parents, Robert was predeceased by his in- laws and his brother- in -laws Frank and William Schellhorn and Rick Rendon. Bob served his country proudly in The United States Army as an MP in Germany for two years .After coming home from serving Bob rejoined the Long Island Parkway Police. In 1974 Bob fulfilled a dream and became a New York State Trooper, his mission was to serve the public, not write tickets. Upon his retirement he went to work for the U.S. Postal Service for nineteen years, where again he took great pride in serving his patrons. Bob was a 48 year communicant member of The Resurrection Lutheran Church in Cairo serving as an Usher, the church counsel and on numerous committees. His greatest contribution was his beautiful tenor voice. Bob loved taking care of his home, his family’s needs and wants. Taking care of the family cars was a dedicated passion- if Bob could help it, he never drove a dirty car. Bob is survived by his wife of fifty one years Elisabeth (nee Schellhorn), his son Robert (Brooke) and their daughter Haley of New Market, Maryland; his daughter Gabriala (Bryan) Gallagher and their twins Kaytlin and Erin of Clifton Park NY. He is also survived by his sister Joan Rendon and sisters in laws Maureen and Sandy Schellhorn. He is also survived by his nieces MaryBeth (Steve) O’Brien and their daughters Fiona and Keira, Eileen (Jon) Ozgurengin and their son Luca, Anne (Piotr) Sobala and their daughter Lily, Caitlin (Davy) Blake and their daughter Julia and son Joseph, his nephews Marc (Kerry) Schellhorn, James Schellhorn and Eric Rendon, his cousin Janice Schweitzer and many friends and neighbors. Relatives and friends are invited to attend visitation at The Resurrection Lutheran Church, Routes 32 and 23B, Cairo, N.Y. 12413, on Sunday, November 28, 2021, from 1:00 P.M. – 4:00 P .M. A celebration of life service will be held at 4:00 P.M., followed by a light supper and time of fellowship. In lieu of flowers, the family requests that contributions be made to The Resurrection Lutheran Church Memorial Fund, P.O. Box # 563, Cairo, N. Y., 12413. Funeral arrangements have been entrusted to Richards Funeral Home, 29 Bross Street, Cairo, N.Y. 12413. Condolences may be made at www.richardsfuneralhomeinc.net.

Robert Christian Petersen, age 78 years, an area resident of Cairo, N.Y. for many years, presently a resident of The Pines at Catskill, N.Y. for the last ten months was called to his Heavenly Home on November 22, 2021. Bob was born on March... View Obituary & Service Information

The family of Robert Christian Petersen created this Life Tributes page to make it easy to share your memories.

Send flowers to the Petersen family.