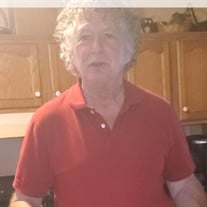 .Robert R. Vanderbeck “Rick”, age 64 years, of Catskill, N.Y. passed away on March 29, 2022 unexpectedly. He was born on April 11, 1957, in Catskill, N.Y. and is the son of the late Robert R. and Anne (Menshing) Vanderbeck who were both of Catskill, N.Y. Survivors include the long time love of his life Lori Oathout, children Marissa and Brian Vanderbeck both of Catskill, N.Y. , stepchildren Christopher, Jennifer, Stephen and Casey Oathout all of Catskill, N.Y. and Vincent Cleveland of Catskill, N.Y. He was the beloved “Poppy” to Mikey, Mariah and Sean Vasquez, Tiffany Washington, Peyton and Aubrey Dunn, Jayvaun and Keith Ingram all of Catskill, N.Y., Lori, Walter and Shelby Oathout and Maria and Millie Cleveland, and Lily Oathout. He is also survived by his brother Scott Vanderbeck and his sister Deborah Mann both of Catskill, N.Y., his dear friend Gaylord Bob Strong, and numerous relatives and friends survive him that it would be impossible to list them all. During Rick’s lifetime, he was a very hard worker who loved and provided for his family and will be loved and missed by all. Relatives and friends are cordially invited to attend calling hours at Richards Funeral Home, 29 Bross Street, Cairo, N.Y. on Monday, April 4, 2022 from 4:00P.M. – 6:00 P.M. Donations in Rick’s memory may be made to The People’s Bible Church, P.O. Box 284, Claverack, N.Y. 12513. Condolences may be made at www.richardsfuneralhomeinc.net.

The family of Robert R. Vanderbeck "Rick" created this Life Tributes page to make it easy to share your memories.