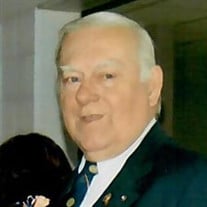 **UPDATED OBITUARY** Roger F. Lane, age 73 years, born on 10-20-1948, passed away on April 22, 2022. Roger is survived by his loving wife of 47 years LouElla Denniston Lane, their three children Keith W. Lane, Heidi L. Lane McGregor and Heather M. Lane, one brother Victor E. Lane (Joan). Roger is predeceased by his parents, Victor and Lillian Lane, sisters Letty Wase (Glen), Dorothy McStine (Leonard), brother Douglas H. Lane (Deborah) and many nieces and nephews. Roger proudly served in the United States Navy aboard the USS Ticonderoga as a yeoman from July 25, 1968 - May 19, 1972. Roger was employed by The Catskill Savings Bank for 35 years and was HR Director when he retired. He then went on to work for the Catskill Central School District as a substitute teacher for the next 20 years. Roger was a faithful member of the Catskill United Methodist Church for over 45 years serving as a lay leader to the U.M.C. Church Conference, historian. He also played in the Winan’s Bell Choir and sang in their Choir. Roger belonged to many organizations including the Catskill Rotary Club where he held many positions during his tenure, Catskill Alumni Association, American Heart Association. Roger also served on the Catskill Village Board of Trustees as President in the 70’s. Roger also served as Secretary and President of the Catskill Rural Cemetery. Private services will be held at Richards Funeral Home of the Mid-Hudson Valley, Inc. 29 Bross Street, Cairo N.Y., followed by private services at the family plot of The Catskill Town Cemetery, Catskill, N.Y. UPDATE***Memorial services will be held at the Catskill United Methodist Church, 40 Woodland Avenue, Catskill, N.Y. 12414, celebrating Roger’s life , on Saturday, May 28, 2022, at 11:00 A.M. Refreshments will follow after Roger's memorial service at the church... *** In lieu of flowers, donations may be made to The Catskill United Methodist Church Memorial Fund, 40 Woodland Ave., Catskill N.Y., 12414. Condolences may be made at www.richardsfuneralhomeinc.net.

The family of Roger F. Lane created this Life Tributes page to make it easy to share your memories.

Send flowers to the Lane family.