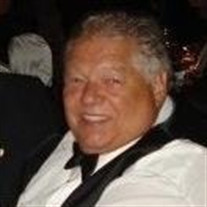 Rolf Ulrich Rehbein, age 76 years, of Round Top, NY, passed away on May 17, 2017. He was born on June 8, 1940, in Manhattan, and is the son of John A. Rehbein who passed away in 1964 and Ingrid E. (Ullrich) Rehbein who passed away in 1996. Besides his parents, Rolf is predeceased by his son Eric John “E.J.” Rehbein in 1988. Survivors include his wife Barbara L. Rehbein, daughter Kim Rehbein, daughter Lyn Weber and her husband Dave Weber, son Rolf E. Rehbein, son Richard R. Penney, son Craig M. Penney and wife Rosemarie Penney, daughter Kathleen M. Kiley and her husband John C. Kiley, daughter Patricia L. Penney, grandsons Eric C. Weber, Aiden R. Penney and John “Jack” E. Kiley, granddaughters Olivia R. Penney, Jillian L. Kiley and Amelia N. Penney, and his great granddaughter Karina J. Bishop. Rolf is retired from The N.Y.P.D. who served from 1966 to 1998, serving as a detective and he proudly served his country in The U.S. Army during 1962-1964. He is a member of The Greene County Police Officer’s Association, The American Legion Post N.Y. 1, and the Retired Detectives of the Police Department of The City of New York, and also Rolf was a Mason at The Whitestone Lodge. Rolf was a devoted “Opa” to his grandchildren. Relatives and friends are cordially invited to attend calling hours at Richards Funeral Home, 29 Bross Street, Cairo, N.Y. 12414, on Saturday, May 20, 2017, from 2:00 P.M. – 6:00P.M. Fr. Michael Flannery will hold prayer services on Saturday, time to be announced, and The N.Y. P.D. will also hold services at the funeral home on Saturday, time to be announced. The New York State Military Forces Honor Guard will also conduct Honor Guard Services at the funeral home at the conclusion of all other services. Contributions in his memory may be made in Rolf’s Grandson’s name Aiden Richard Penney, to The Shriners Hospitals for Children, Office of Development, 516 Carew St. Springfield, MA, 01104-2396. The Shriners Hospital has helped in Aiden’s continual care. Condolences may be made at www.richardsfuneralhomeinc.net.

The family of Mr. Rolf Ulrich Rehbein created this Life Tributes page to make it easy to share your memories.

Send flowers to the Rehbein family.