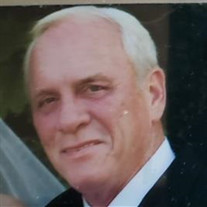 William “Bill” Taylor, 74, of Hudson, NY passed away on November 3, 2019. He was born September 16, 1945 in Brooklyn, NY. to William and Elizabeth Taylor. After graduation from high school, Bill enlisted in the Navy and fought in the Vietnam War. Bill was employed by New York Telephone Company for 25 years where he worked as a lineman. Bill loved to travel, he cherished his time spent on many vacations throughout the world. He was a lover of animals, and proud parent to many dogs throughout his life (Princess, Pachie, Spike, Parker, LC, Moose and many more) He always had a new toy: boats, trucks, quads, motorcycles, snowmobiles, or airplane. He was an avid outdoorsman, enjoying fishing and hunting at his camp on Oxbow Lake. He could often be found there sitting by a camp fire, enjoying a scotch and telling a story. Bill was a member of the Stottville Rod & Gun Club; The Hudson Elks Club, Hudson Power Boat Association, Abate and a volunteer EMT. Bill is survived by his wife Paula (Havlik) Taylor, sister Jane (Ray) Warmouth, daughters April Taylor & Dawn Taylor and Lynn (Michael) Clark, his five grandchildren Allison Bak, Conor and Katie James, and Michael and Madison Clark, brothers and sisters-in-laws Joseph (Judy), Robert (Stephanie) and Timothy (Tammy) Havlik, Patricia (John) Rutkey, Janet (Tony) Formichelli, and John (Stacy) Silcock, as well as many nieces and nephews. He is predeceased by his parents WIlliam and Elizabeth. mother-in- law, Clara Silcock, sister-in-law, Sue DeJoy and brother-in-law, Thomas Havlik. The family would like to extend their heartfelt appreciation to the VA and Hospice for their support throughout this journey. Bill was always the life of the party, so we will now have a party to celebrate his life. He loved life, and life loved him right back. A gathering will be held Saturday November 16, 2019 at 1:00 P.M.at the Federation of Polish Sportsmen, 400 Newman Road, Hudson, N.Y. 12534, with services beginning at 1:30 P.M.The United States Navy N.Y.S. Military Forces Honor Guard will conduct honors at 2:00 P.M. the same day. Donations in William’s memory may be made to Community Hospice, 47 Liberty Street, Catskill, N.Y. 12414. Funeral arrangements are under the direction of Richards Funeral Home, 28 N. Vernon Street, Athens, N.Y. Condolences may be made at www.richardsfuneralhomeinc.net.

The family of William "Bill" Taylor created this Life Tributes page to make it easy to share your memories.

William “Bill” Taylor, 74, of Hudson, NY passed away on November...

Send flowers to the Taylor family.